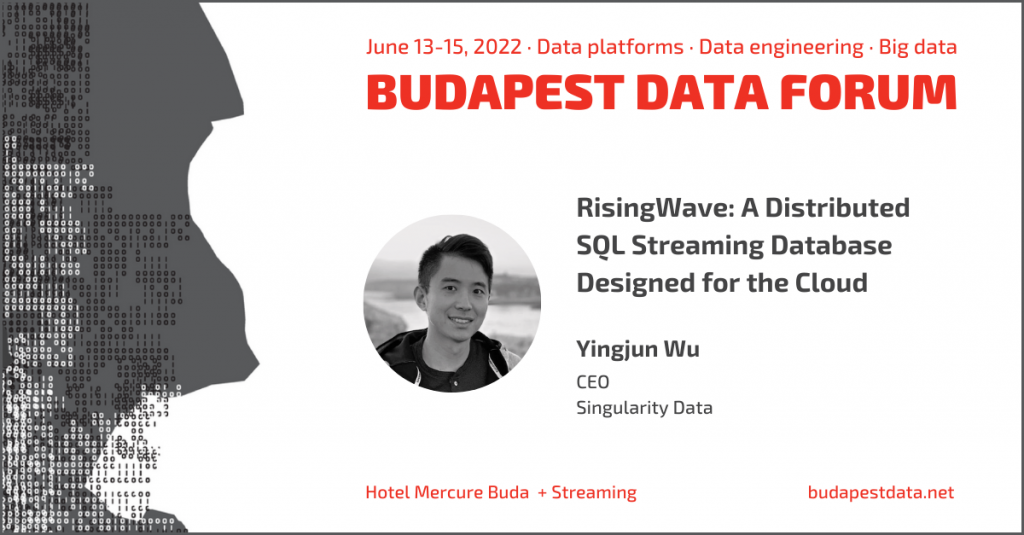 RisingWave: A Distributed SQL Streaming Database Designed for the Cloud

In this talk, I will present RisingWave, a distributed SQL streaming database designed for the cloud. RisingWave provides standard SQL as the interactive interface. It speaks in PostgreSQL dialect, and can be seamlessly integrated with the PostgreSQL ecosystem with no code change. RisingWave treats streams as tables and allows users to compose complex queries over streaming and historical data declaratively. RisingWave is designed for the cloud. The cloud-native architecture enables RisingWave to scale compute and storage resources separately and infinitely based on the users’ demands. We open-sourced RisingWave kernel under Apache License 2.0. Together with the open community, we are on the mission to democratize stream processing: to make stream processing simple, affordable, and accessible for everyone.

Yingjun Wu is the founder and CEO of Singularity Data, a startup innovating next-generation cloud-native database systems. Before starting his adventure, Yingjun was a software engineer at the Redshift team, Amazon Web Services, and a researcher at the Database group, IBM Almaden Research Center. Yingjun received his PhD degree from National University of Singapore, where he was affiliated with the Database Group (advisor: Kian-Lee Tan). He was also a visiting PhD at the Database Group, Carnegie Mellon University (advisor: Andrew Pavlo).

Yingjun Wu is passionate about integrating research into real-world system products. During his time at AWS, Yingjun was responsible for boosting Amazon Redshift performance using advanced vectorization and compression techniques. Before that, he participated in the development of IBM Db2 Event Store’s indexing structure and transaction processing mechanism. Yingjun was an early contributor to Stratosphere, which is now widely known as Apache Flink. Yingjun is also active in academia. He is serving as a Program Committee member in several top-tier database conferences, such as SIGMOD, VLDB, and ICDE.

Tickets for the conference can be exchanged until Monday

Registration clarification e-mails have been sent

The conference’s Gold Sponsor is EPAM

Silver Sponsor of the conference is Infinite Lambda